I have been taking photographs of redundant ATMs for the past six years. Initially I was intrigued by the inept way the builders were attempting to prise new blocks of (false) marble into the holes. A useless attempt at invisible mending; handiwork more reminiscent of a failed safe breaker than the secure pillars of commerce.

Urban relics that try to mask the signs of a now forgotten spat between the media, the financial authorities and the high street banks. These holes are evidence of the way that the banking systems reacted to press attention about profits they were accumulating from charges for withdrawals at ATMs. By removing the ATMS, banks effectively limited their services. This meant that customers had to withdraw money from machines in ‘convenience stores’ at an even higher charge. The banks hoped that these dissatisfied customers would then pressurise the financial services authority to persuade the banks to re-introduce the cash machines but with a reasonable fee. A pound per transaction was suggested. There is an increasing pressure to remove cash from the economy. Cash has become the old fashioned folksy, sometimes criminal way to pay for goods and services. Cash machines serve as the rectal plug of the banking system, reluctantly squeezing out freshly laundered cash from their faceless innards. An on street gaming distraction to preoccupy the general public whilst real business is done elsewhere by Mature Adults in city institutions. The demeaning experience of using this public private space, the fear of disclosure or rejection, causes nervous frictions. By removing the ATMs the banks chastised the public like a greedy child asking for extra pocket money from the collective purse.

I would like to thank Danny Wilson for encouraging me to present these photographs.. 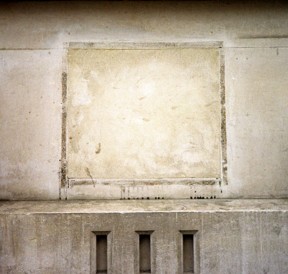 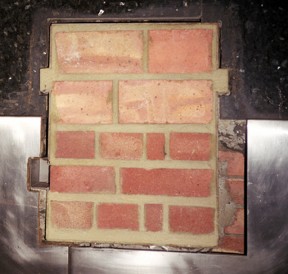 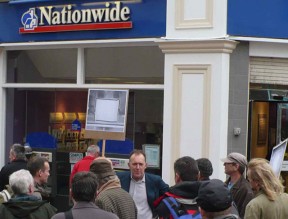 Saturday morning tour of redundant and malperforming ATM machines in the city centre, or A Run on the Pound as banks crash in the worst financial crisis since the nineteen twenties. Brighton Photo Fringe October 2008